Iglesias refused to seek further treatment until the end of the concert.

Enrique Iglesias’s fingers have fallen victim to a freak accident involving a drone camera during one of his concerts. Just another reason to fear drones, right? Too soon? Iglesias was performing a gig off his Sex and Love tour in Tijuana, Mexico, when the camera hovered near him. According to E! News, the singer attempted to grab it and some of his fingers were sliced. 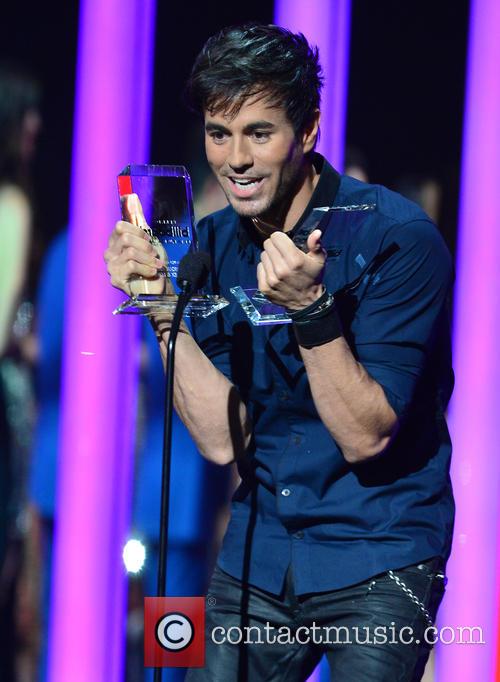 Iglesias soldiered on with the performance and even drew a heart on his T-shirt with the blood from his hand.

The source also reports that Iglesias received on-site medical attention, but he chose to  ignore the paramedics’ recommendations and press on with the concert.

"Last night, Enrique had a show at a bullfight ring in Tijuana, Mexico for 12k+ people as part of his Sex and Love world tour. During the show, a drone is used to get crowd shots and some nights, Enrique grabs the drone to give the audience a Point of View shot," his rep told E! News. "Something went wrong and he had an accident."

"He was semi-treated by crew on the side of the stage to try and stop the bleeding," he added. "He was advised to stop the show. He decided to go on and continued playing for 30 minutes while the bleeding continued throughout the show."

What a trooper. Iglesias performed I Like It with a bandaged, bloody hand, which he held behind his back. He also smeared some of the blood on his white T-shirt to draw a heart.

In a video posted by The Huffington Post's Spanish-language Huffpost Voces website, the singer is seen being treated at the venue and saying, surprised, "Do I have blood everywhere? I feel numb."

Bonilla said Iglesias was later rushed to the airport, where he was met by an ambulance.

"He was then put on a plane to L.A. to see a specialist," he said. "We will continue to update as we have more info. Thank you all for your love and concern."

And don’t worry. Despite how this article sounds, Iglesias appears to have kept all his phalanges.