Enrique Iglesias and Anna Kournikova have secretly sold one of their houses, fuelling speculation their 12-year relationship has come to an end. 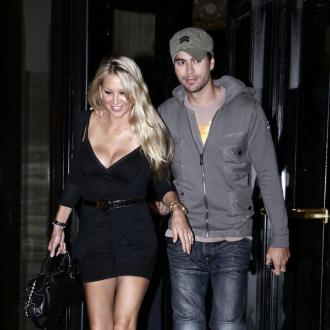 Enrique Iglesias and Anna Kournikova have fuelled rumours of a split by selling one of their houses.

The couple's 12 year romance is said to be ''on the rocks'' due to the tennis pro's increasing annoyance at the 'Hero' singer's reluctance to get married and settle down.

The New York Post's Page Six is reporting the pair have secretly sold one of their mansions in Bay Point, Biscayne Bay, Miami, for around $10 million.

Enrique, 38, and Anna, 32, sold the home through a broker without putting it on the market, presumably to avoid more media speculation about their supposed break-up.

The property is currently under contract, with the sale expected to close today (02.10.13).The couple are also currently building their dream home on the waterfront in Miami.

The Latin hunk, the son of singer Julio Iglesias, and the blonde have been dating since late 2001 when Anna appeared as the love interest in the video for Enrique hit single 'Escape'.

This development comes after a source revealed: ''[They're] on the rocks. Anna is getting tired of waiting for him to decide if he wants to marry her or not. They've been together for so long, she feels like it's never going to happen. She is ready to move on.''