Emmy Rossum is scared of having her hair cut because she's worried the stylists will chop all her tresses off. 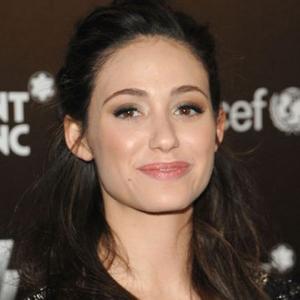 Emmy Rossum is scared of having her hair cut.

The stunning actress has a fear of going to the hairdressers because she's worried stylists will take off too much and says her phobia stems from a traumatic childhood incident.

She told People magazine: "I'm really afraid of scissors. I get that panic moment - I think every girl does - when they're snipping and you can't quite tell how much they're snipping.

"My hair was super, super short when I was five years old and other every girl looked like Serena van der Woodsen. I had short, inch-long curly hair so it was pretty scarring. I haven't cut my hair since."

The 'Shameless' star also revealed how she refuses to buy expensive products for her hair because she doesn't see the point.

She said: "When you work on shoots, they always use super expensive products on you and I just feel like it's a little out of reach for every girl, especially right now with the economy. It just doesn't make sense to be spending half your wages on your conditioner."

As well as her hair being important to her, Emmy is a huge fan of accessories and recently designed a bag for the "working woman".

She teamed up with Elie Tahari to create her own handbag and said when she was coming up ideas she was keen for it be practical enough to be used every day.

She said: "I thought a lot about the kind of bag I wanted: versatile, worn by the working woman in any season. It was important that it had compartments in the sides, because I hate those big bags where your iPod cord gets mixed in with your lip gloss."