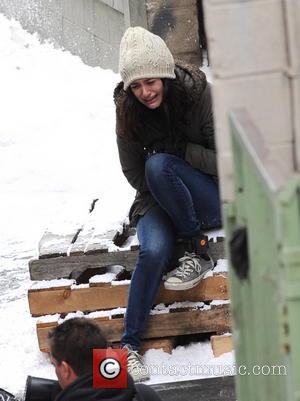 Picture: Emmy Rossum - Actress Emmy Rossum crying on the set of "Shameless" as she walks down a dirty alley way in downtown Los Angeles looking...

One of actress Emmy Rossum's nannies as a child was awarded a medal by Adolf Hitler for her singing skills.

The Phantom of the Opera star admits the Austrian woman, named Gettie, was a great nanny with a dark past.

Rossum tells Complex magazine, "Hitler gave her a prize as a child for singing the best German national anthem. My mum is Jewish, so that was a little awkward.

"She would tell that story but she knew Hitler was a bad guy. There's no getting around that... Clearly if she was working for a Jewish family she had no prejudice herself."