The best way to not let wedding flowers go to waste.

We love a good celebrity wedding and Emmy Rossum is the latest to share her fabulous nuptials with her social media following following her special day last weekend. The best part of the ceremony? Those beautiful flowers! And she hasn't let them go to waste either. 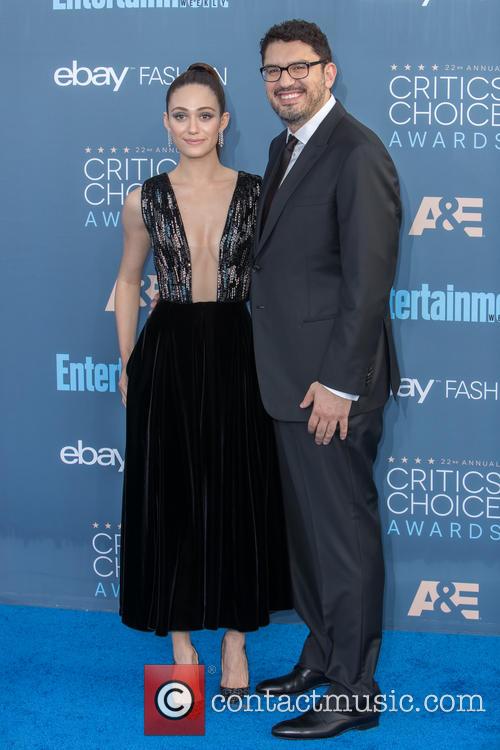 Emmy Rossum and Sam Esmail at the Critics' Choice Awards

It's always the last thing anyone thinks about: what to do with the expensive and painstakingly arranged bouquets and centrepieces after the wedding. It's not always possible to take them home with you, but there is still a way you can give them a home for the remainder of their life.

'Shameless' star Emmy Rossum decided to send her flowers, including the glorious white blooms that adorned her wedding arch, to whatever local hospital or nursing home needed it through a company called Repeat Roses. The special service picks up used flowers after events and brings them to other people who can enjoy them for longer, and Emmy's went to Mount Sinai Hospital in New York.

'[Emmy and Sam] graciously donated their reception table centerpieces, which we repurposed overnight into 28 arrangements', Repeat Roses founder Jennifer Grove told The Knot News. 'The stunning combination of garden roses, ranunculus and peonies was an overwhelming cheerful boost for so many people to enjoy-a sincere gesture Emmy and Sam hoped could bring an abundance of joy to both the staff and patients. We love their love story and are so thrilled they started their new chapter as newlyweds on a sweet note of kindness by giving back to the local community.'

Emmy married her filmmaker partner of over three years Sam Esmail over Memorial Day weekend at Central Synagogue in Manhattan, followed by a reception at the Guggenheim Museum where they were joined by guests the likes of her 'Shameless' co-stars William H. Macy, Jeremy Allen White, Shanola Hampton and Isidora Goreshter, as well as Hilary Swank and Robert Downey Jr..

As for Emmy's wedding look, she wore an off-the-shoulder Carolina Herrera dress with Paul Andrew pumps, and her hair was scooped into a simple up-do with a trailing veil. Congratulations Emmy and Sam!