Emmy Rossum's new neighbour is Justin Bieber and she definitely won't be popping round to see him again anytime soon.

Emmy Rossum certainly won't be borrowing sugar from Justin Bieber. Rossum received less than a cordial welcome when she visited her new neighbour to offer a "neighbourly 'hello'".  Rossum was a special guest on Sirius XM on Tuesday (17th March) and she discussed Bieber and did her own impression of the 21-year-old 'Boyfriend' singer rapping. 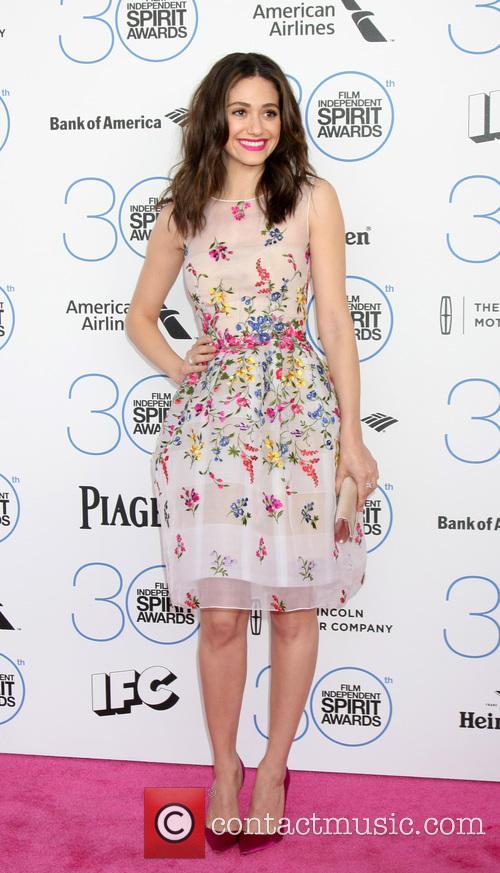 "Justin Bieber moved into the house next door. He's my new next door neighbour. And I went over to offer a neighbourly 'hello' and I'm not going to do that again because he has a tonne of bodyguards and they're really scary," Rossum said.

The Shameless star was then asked if she had managed to see Bieber, or if he had even waved upon seeing her at his house. Apparently, Bieber was slightly oblivious and largely preoccupied.

"I saw him, he drove up in his Bentley and then he just went inside. He was actually rapping as he got out of the car," Rossum said before doing an impression of Bieber rapping.

Bieber is notorious for having poor relationships with his neighbours. Last year, Bieber faced charges after allegedly egging his neighbour's house. Their dispute still continues as the neighbour in question, Josh Schwartz, intends to sue Bieber for emotional distress. Schwartz also claims Bieber frequently disrupted the neighbourhood with loud parties and drag races.

When asked if she would join in with Bieber's parties, Rossum firmly replied "No" and further suggested she may be too old and she probably wouldn't receive an invite in the first place.

"I don't think he's going to invite me. I'm too old for his demo. I'm like 28. I think he wants like young girls," Rossum said.

"I'm not going to ask for a cup of sugar over there," Rossum concluded.