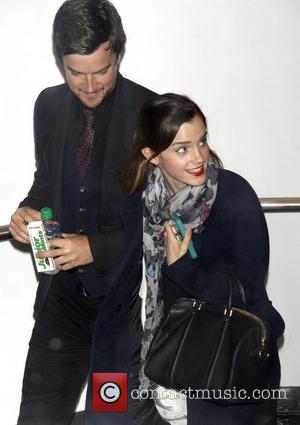 Picture: Emma Watson Opening night of the Off-Broadway play 'If There Is I Havent Found It Yet' at the Laura Pels Theatre - Arrivals New York...

Emma Watson looks like she's firmly moved on from Harry Potter if new reviews of her latest film The Perks Of Being A Wallflower are anything to go by. The film comes out worldwide on October 3, 2012 and is a vintage tale of growing up and learning to deal with new emotions in love and loss, fear and hope and friendship. That might sound corny, but the critics are getting behind it in their numbers, meaning that it looks like it'll do well come release at the box office.

However, not all the plaudits are going Watson's way; The New York Times comments "Likable, unsurprising and principally a showcase for the pretty young cast, notably Mr. Miller, who brings texture to his witty if sensitive gay quipster." Rolling Stone meanwhile adds: "Perks deserves points for going beyond the typical coming-of-age drivel aimed at teens. Logan Lerman excels as Charlie and Emma Watson makes a dream girl to die for, but the movie is stolen, head to tail, by Ezra Miller."

Not everyone is convinced; Time writes "It's all frightfully familiar - as if teens sitting around the campfire need to be told the same story every night - until the last 15 mins., when this Cocoa Puffs movie reveals an underlayer of arsenic." However that argument is balanced out by Salon, who comment "Fact is, much as you and I might want to protest that we were cooler than these kids, wherever and whenever we did our growing up, we probably weren't."