Emma Watson, Mark Ruffalo And Jessica Chastain Are Among The Stars Backing Jennifer Lawrence For Addressing The Hollywood Pay Gap In A Hard-hitting New Article. 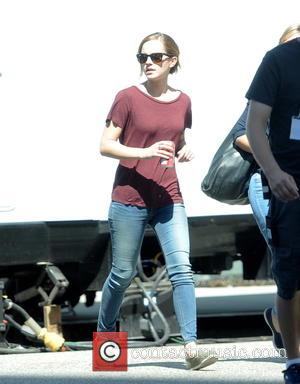 The Hunger Games actress hit headlines on Tuesday (13Oct15) following the publication of a missive she wrote for Lena Dunham's Lenny newsletter, titled Why Do I Make Less Than My Male Co-Stars?

In the article, Jennifer blamed herself for failing to demand a fair wage for her work on acclaimed crime drama American Hustle.

"I got mad at myself," she wrote. "I failed as a negotiator because I gave up early... I would be lying if I didn't say there was an element of wanting to be liked that influenced my decision to close the deal without a real fight. I didn't want to seem 'difficult' or 'spoiled'."

Jennifer was paid significantly less than her male co-stars and the revelation only emerged during the Sony Pictures hacking scandal, when cyber-crooks leaked the studio's private documents online.

A number of fellow Hollywood stars have since publicly backed Jennifer for speaking out, including Harry Potter actress Emma Watson, who has been campaigning for gender equality since launching the United Nations' HeForShe drive last summer (14).

"O Jennifer Lawrence I love you so," she tweeted, before quoting Jennifer's letter. "I'm over trying to find the 'adorable' way to state my opinion."

Mark Ruffalo shared a link to a story about Jennifer's note on his Twitter.com page, as did Jessica Chastain, who added, "Yessssssss! Get it girl xx (sic)."

Jennifer's America Hustle co-star Bradley Cooper was asked about the letter following its publication, and he told E! News that he had yet to read the piece, but supported the sentiment.

Bradley also praised his Burnt co-star Sienna Miller for pulling out of a part in a play amid a dispute over her pay.

"One thing I could say is that's interesting because if you think that you only deserve a certain amount and that's not correct, it's about changing that mindset and sticking up for yourself the way that Sienna did. So that's a great thing."