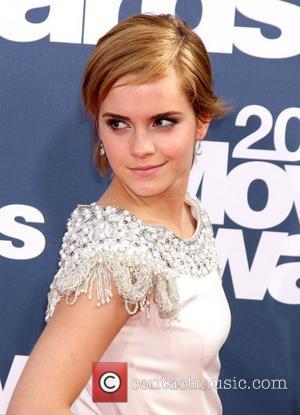 Emma Watson's ex-boyfriend George Craig is reportedly dating the British singer-songwriter Diana Vickers, according to the UK's Daily Mail. Emma Watson began dating the indie rocker after modelling with him in a Burberry fashion shoot but the couple ended their relationship last year.
Craig, the front-man of One Night Only, appears to have now found love with former X-Factor contestant Vickers. The 21-year-old rocker accompanied the Manchester-born singer to the Bernard Weatherill Charity Cup polo match at the Beaufort Polo club on Sunday (19th June 2011). The couple were photographed sharing a kiss as the likes of Prince Harry and Zara Phillips looked on. Vickers wore a purple and beige dress by Krystof Strozyna while her new beau opted for forest green trousers, a white shirt and blue blazer. Watson dated George last summer and the couple attended the Glastonbury Music Festival together. The Harry Potter star even featured in One Night Only's video for 'Say You Don't Want It', released last June.
In February 2010, Emma Watson was named as Hollywood's highest paid female star, reportedly earning an estimated 19 million pounds in just one year. She will next star in 'Harry Potter and the Deathly Hallows: Part 2', which hits cinemas on 15th July 2011.