Emma Watson Too Busy For Love

George Craig claims he is not dating Emma Watson - because they are both too busy for a relationship. 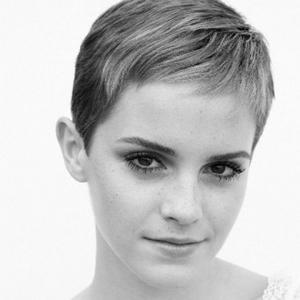 Emma Watson is too "busy" to have a boyfriend.

The 'Harry Potter' actress - who is studying at Brown University in America - has been romantically linked with One Night Only rocker George Craig since appearing in the British group's video 'Say You Don't Want It' and though both were keen to pursue a relationship, the singer claims their hectic schedules got in the way.

George said: "I'm a single man. We really fancy each other but are just good friends. We're not boyfriend and girlfriend.

"We both live such busy lifestyles. In an ideal world, for me anyway, it would be great if we could be together but we can't.

"I'm doing my thing and she's doing hers. Maybe if the situation changed we might be together."

Though he is unhappy at his single status, George - who first met Emma when they shot a modelling campaign for Burberry together - insists he values the actress' friendship more than anything.

He added to the Daily Record newspaper: "We went to Glastonbury together and there was a lot of chemistry between us.

"We like each other a lot and I have a lot of respect for her.

"She's an amazing person and all that matters to me is I don't lose her as a friend."