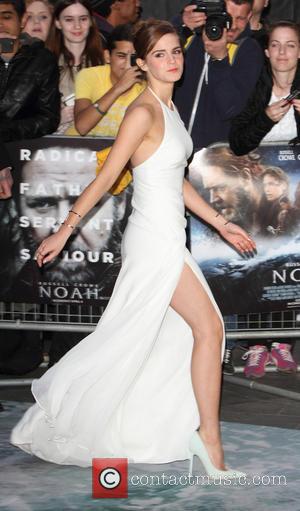 British actress Emma Watson was left with bleeding lips after filming repeated takes of a passionate scene with Douglas Booth.

The Harry Potter actress plays Booth's onscreen wife in biblical blockbuster Noah and they had difficulties shooting a sequence in which they run at each other before embracing.

The moment was shot multiple times and Watson was left with bleeding lips, while Booth was nursing a sore nose and swollen mouth.

Watson tells U.K. show Lorraine, "We had this one scene where we had to run at each other and fit into this perfect passionate kiss. We were fine for the first four and five takes but by the sixth we were just nutting each other. My lip was bleeding, I think I hurt Doug's nose, we were exhausted. It was just not pretty at all."