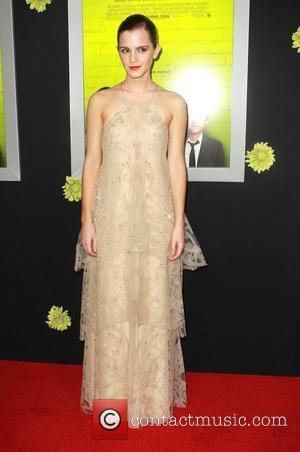 Picture: Emma Watson The Los Angeles Premiere of 'The Perks of Being a Wallflower' at the ArcLight Cinerama Dome - Arrivals Los Angeles, California -...

Emma Watson appears to have finally broken free from the shackles of Harry Potter and the young wizard Hermione Granger. Watson, 22, impresses in new movie ‘The Perks of Being a Wallflower’, proving there’s plenty of life after the huge grossing franchise that brought her and co-stars Daniel Radcliffe and Rupert Grint worldwide fame.
The movie adaptation of Stephen Chbosky’s coming-of-age novel sees Watson play a high school senior who befriends a freshman, and fellow outsider. Speaking at the premiere of the movie at the Toronto Film Festival, Watson’s co-star Nina Dobrev heaped praise on the starlet, saying, “Nobody has ever seen her in this kind of role—and with an American accent…She finished one chapter of her life, cut off her hair and embraced this new beginning. I think everyone is going to be very pleasantly surprised”. It’s shaping up to be a huge year for Watson, who has a major opportunity to cement herself as one of Hollywood’s most sought after leading ladies. Her turn in ‘Wallflower’ has been warmly received by critics, though it’s in Sofia Coppola’s ‘The Bling Ring’ that the actress will most want to impress. Coppola – an Oscar winner who also scooped the Venice Festival’s prestigious Golden Lion for her effortlessly cool ‘Somewhere’ (2010) – cast Watson to play a fame-obsessed teenager who leads a criminal gang that use the Internet to track down celebrities’ whereabouts before robbing their homes. The movie hits in 2013, shortly before Watson appears in comedy-drama ‘The End of the World’ and Darren Aronofsky’s biblical epic ‘Noah’, starring Russell Crowe.
‘The Perks of Being a Wallflower’ gets a limited U.S. release on September 21, 2012, before hitting UK cinemas on October 3, 2012.