The 24 year-old actress received a degree in English Literature after five years of studying on Sunday (May 25th). 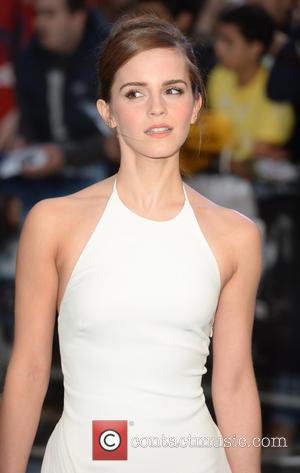 After several long years Emma Watson is officially a graduate.

The British actress received a degree in English Literature from Brown University on Sunday (May 25th).

Watson shared the exciting news via her Twitter account by posting a photograph of herself in a cap and gown.

The 24 year-old actress took five years to complete the course, which she began in 2009, due to taking a break 18 months later in March 2011 to shoot 'Harry Potter And The Deathly Hallows: Part 2.'

During the 2011-12 academic year, she spent considerable time studying at Worcester College, which is part of the University of Oxford.

In an interview with Elle Magazine last month, Watson revealed once she began attending the prestigious Ivy League university in Rhode Island, many people told her it would be impossible to graduate.

"So many people told me it wasn't possible," she said. "I kept saying, 'I don't care.' This is what I want. And graduating will, for me, be really symbolic of all of that. I will be there. And I will be throwing a huge party. And getting very drunk."

The 'Noah' actress also recently opened up about her experience at Brown University while appearing on 'The Ellen DeGeneres Show' in March.

"I guess everyone in their freshman year is nervous and figuring it all out," Emma told the host. "I think people kind of took pity on me. She's English, she doesn't really know where she's going. And Brown were weirdly protective of me. They saw it as their role to help me have that experience. I can't really explain it."

Watson noted the extended period of time it has taken her to complete the course is amusing to her father.

"So in America you guys graduate in four years and I graduate in five," said Emma. "I took two whole semesters off and then I worked during all of my breaks."

"My parents can't really get their heads around it. In England we graduate in three years and my dad's like, 'When is this happening? When is graduation because you've been doing this now for ages?' He's very impatient," she concluded.