Emma Watson has addressed claims that she is to star in the upcoming adaptation of Hans Christian Andersen's 'The Little Mermaid' saying she would definitely consider the role. 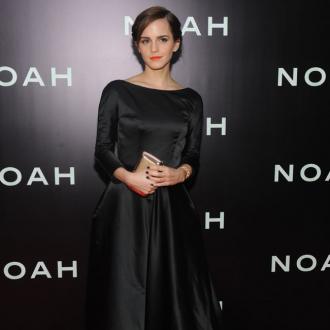 Emma Watson has addressed rumours that she is to star in 'The Little Mermaid'.

The 23-year-old actress - who is currently starring alongside Russell Crowe in biblical adventure 'Noah' - is reportedly being sought after by the film's director Sofia Coppola to take on the lead role in the live-action animation, and she's admitted that she's portrayed the aquatic creature in the past.

She told Variety: ''I actually dressed up as Ariel for my fifth birthday.''

The 'Harry Potter' star worked with Coppola on 'The Bling Ring' last year and she claims that although she hasn't been approached, she would definitely consider working with the 'Lost in Translation' film-maker again.

Coppola is said to have had her sights on Hans Christian Andersen's tragic fairytale since she wrapped on 'The Bling Ring' and she's thought to be planning a version in keeping with the original 1837 story, which sees the broken hearted mermaid commit suicide after the prince marries another woman, rather than the cartoon version made famous by Disney in 1989.

Watson is reportedly Coppola's first choice for the role of Ariel.

A source said previously: ''Sofia wants Emma, and the pair have such respect for each other, it would be very unsurprising if they carry on without each other.''