The movie is set to be one of this year's most successful.

'Beauty And The Beast' continues to prove itself a box office juggernaut, now reaching and surpassing an incredible gross of over $1 billion worldwide. Directed by Bill Condon, the film provides a live action adaptation of the classic 1991 Walt Disney animated musical, and has been bringing in huge amounts of viewers since its release in mid-March.

Emma Watson as Belle in 'Beauty And The Beast'

The numbers come in ahead of the film's premiere in Japan - the last country to debut the movie over a full month after its initial release across the globe. With such impressive box office figures despite it not being fully available around the world, there's every chance that this figure could be hugely improved on moving forward.

Holding strong both in the US where it's become the highest domestic grosser of the year, as well as internationally snagging the title of the most successful live-action movie musical of all time, the Emma Watson and Dan Stevens-led flick is proving to be a must-see. 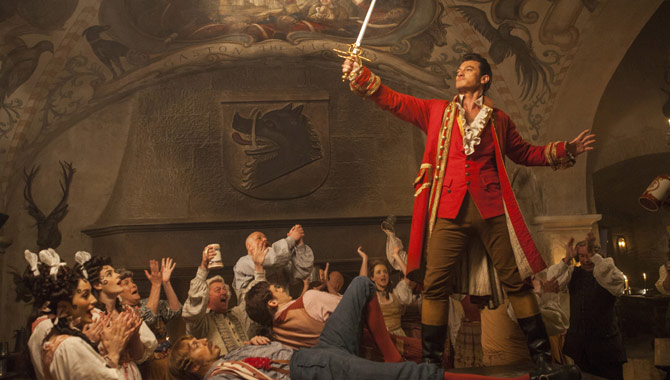 Luke Evans plays the villainous Gaston in the film

In the US alone, 'Beauty' has collected $438.3 million, with the remaining $564.1 million coming from the rest of the world. China is a front-runner, bringing in $85.6 million for the flick, while the UK has also proven their love for the film with box office numbers of $76.6 million. In Brazil it's raked in $37 million, while Korea have splashed out $34.4 million and Mexico, $28.8 million.

More: 'Beauty And The Beast' The First Disney Movie To Represent The LGBT Community

It's going to be very interesting to discover the final total brought in by 'Beauty And The Beast' when it does eventually leave movie theatres later this year. You've then got to factor in the money made from digital downloads, physical release and merchandise to really find out the cultural impact and huge money made by the flick. Something tells us this is just the start of the money-making train for 'Beauty'...