Emma Thompson and her younger sister Sophie had joined in the anti-fracking protests in Lancashire, making a 'Bake Off' parody in the process.

An angry farmer has sprayed raw sewage Oscar-winning actress Emma Thompson and her sister Sophie after they violated a court injunction protecting a proposed fracking site in Lancashire.

The 57 year old actress and her younger sibling joined in with a Greenpeace protest near Fylde, Lancashire on Wednesday afternoon (April 27th) against the controversial energy extraction process known as fracking, and filmed a ‘Great British Bake Off’ parody short while baking renewable energy-themed cakes in a bespoke kitchen powered by solar panels underneath a marquee. 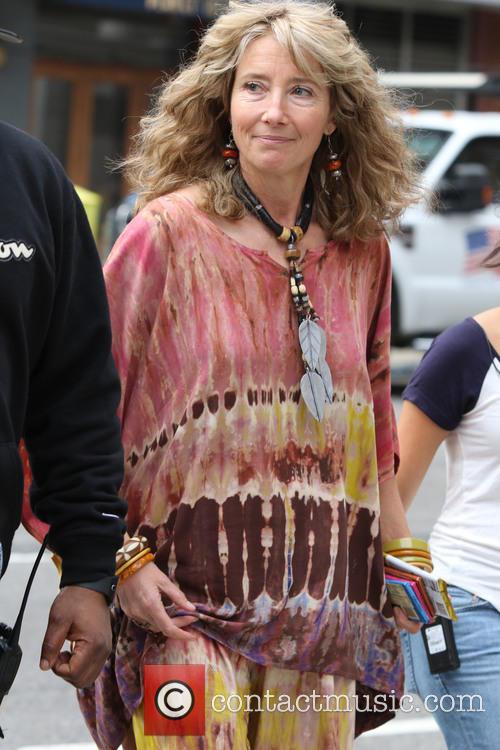 However, the irate landowner, who has leased the field in question to fracking company Cuadrilla, made his way to the site to confront the protestors. When they refused to budge, the farmer drove his muck spreader in a circle round the activists, spraying them with manure in the process.

The protestors were on the site in violation of a court injunction, obtained by Cuadrilla in 2014 to keep disruptive elements off the site on which they plan to drill, pending the overturning of a rejection of their application to operating on the site imposed by Lancashire County Council last year. Communities secretary Greg Clarke has since intervened, and says he will have the final say on the application.

You can see the introduction to the ‘Frack Free Bake Off’ spoof in a video below. Thompson and her sister, who has won ‘Celebrity Masterchef’ in the past, were believed to have been in the marquee when the farmer took his direct action, and therefore didn’t get covered in the manure.

“I was livid when I heard about the government’s plans to frack under national parks,” Thompson said earlier on in the day, explaining her participation in the protests. “Since then I’ve discovered that to prop up their half-baked energy policies the government may have to force fracking onto reluctant local communities.”

“This must be challenged. We have to show the government that we will not allow fracking to scar our countryside and fuel yet more climate change. And what better way to do that, here in Britain, than hold a Bake Off?”