'The Love Punch' is due out in UK cinemas on 18th April. Starring Emma Thompson, Celia Imrie, Timothy Spall, Pierce Brosnan the film follows two couples as they travel to the French Riviera to reclaim their stolen pension funds.

The Love Punch is due out in UK cinemas next week so what are we in for from Last Chance Harvey writer and director Joel Hopkins? 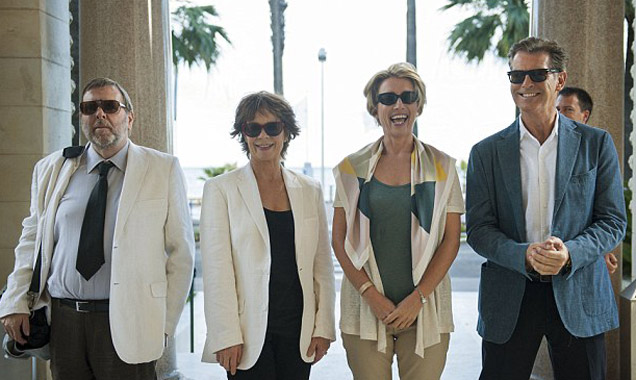 The Love Punch promises a stellar cast including British acting powerhouses Emma Thompson, Celia Imrie and Timothy Spall, whilst Irish actor Pierce Brosnan completes the comedic foursome. The film follows Thompson and Brosnan, as Kate and Richard, a divorced couple who find they have been conned out of their retirement funds after Richard's company suffers a hostile takeover. Furious at the injustice, they set out on a mission accompanied by friends Imrie and Spall to recover their stolen savings. Their quest leads them to the Côte d'Azur, via Paris, where they embark on a jewellery heist. We see the relationship between Kate and Richard blossom after their years apart and we're definitely in with a few laughs along the way. 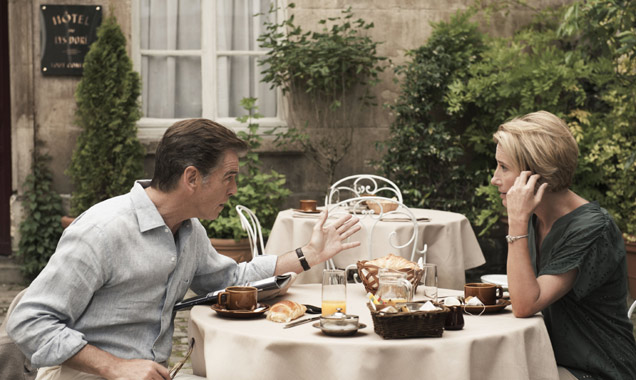 Pierce Brosnan and Emma Thompson as divorced couple Richard and Kate in The Love Punch.

Critics have been somewhat cruel to the upcoming romantic comedy which premiered at the Toronto International Film Festival in September last year. The Guardian critic wrote "There's herbal teas that hit harder than The Love Punch," whilst The Telegraph merely stated the film was "indulgeable." However, it does appear to be an enjoyable middle of the road comedy with plenty of humour. It may not be Oscar winning but it's the sort of cinema viewing ideal for a lazy Sunday afternoon. 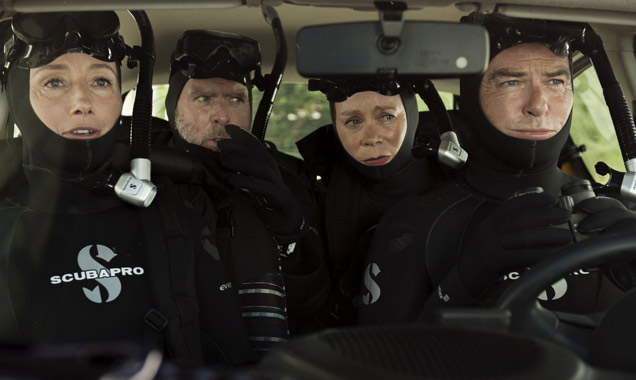 The two couples attempt to regain their pension fund by stealing a diamond.

There's certainly plenty of action involved The Love Punch and Thompson appears to be craving more excitement since! Director and writer, Hopkins recently spoke to the Radio Times about Thompson's stunt driving. He said Thompson loved it, she got a real taste for it. She said I want to do a full on action movie now. She was very game."

The Love Punch is due to be realised in UK cinemas on April 18th. 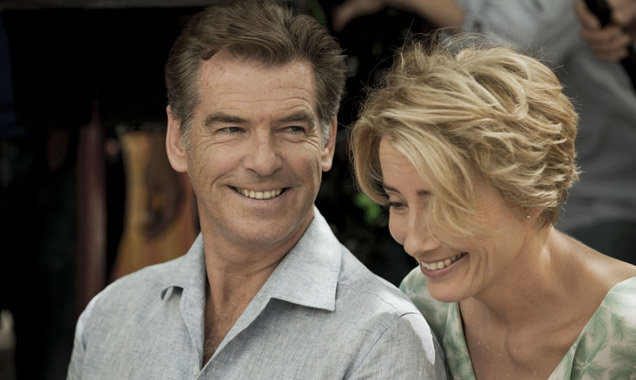 The Love Punch is the first time Pierce Brosnan and Emma Thompson have worked together.

Watch the trailer for The Love Punch: