Emma Thompson joins A Walk in the Woods 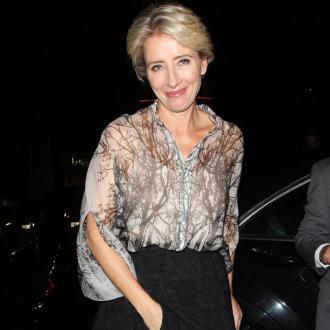 Emma Thompson has been cast in 'A Walk in the Woods'.

The British actress, Nick Offerman and Kristen Schaal are the latest stars to join Robert Redford and Nick Nolte in the independent comedy, based on bestselling travel writer Bill Bryson's 1998 memoir.

Redford was originally considering directing after acquiring the film rights in 2005, but Ken Kwapis will now be charged with the role as 'Little Miss Sunshine' writer Michael Arndt works on adapting the screenplay, according to Variety.

The film has been a passion project for the 'All is Lost' star over the last decade and he previously eyed up top comedy directors Larry Charles, Chris Columbus and Barry Levinson to helm the film.

Redford, Bill Holderman from Wildwood Enterprises and Chip Diggins are set to produce, while Jay Stern and Russell Levine of Route One Films, Lee Jea Woo, CEO of Union Investment Partners, and Jeremiah Samuels will all act as executive producers.

Route One Films is financing the film, with production starting yesterday (05.05.14).