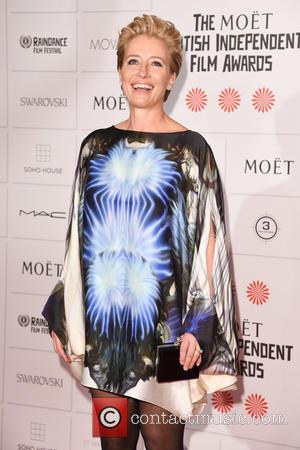 Picture: Emma Thompson - Photographs of a host of stars as they arrived for the Moet British Independent Film Awards which were held at the Old...

Emma Thompson and her actor husband Greg Wise want to stop paying tax until the British government launches a crackdown on schemes which help the wealthy shield their riches.

The British couple is hoping to launch a protest movement in the aftermath of a recent tax scandal in the U.K., during which it was alleged staff at the Swiss arm of the bank Hsbc helped clients avoid hefty bills in Britain.

Thompson and Wise hope a mass tax boycott will convince bosses at Her Majesty's Revenue and Customs (Hmrc), the government department responsible for collecting the money, to penalise wealthy citizens and companies who avoid paying their fair share.

"Em's (Emma) on board. She agrees. We're going to get a load of us together. A movement. They can't send everyone to prison. But we'll go to prison if necessary. I mean it."

John O'Connell, director of the TaxPayers' Alliance insists their plan is not the solution, telling Britain's Daily Mail newspaper, "It's easy to understand people's anger when it appears others aren't paying their fair share but it's hard to see how even more tax evasion is going to solve things."