'The Amazing Spider-man' To Take $150 Million On Debut? 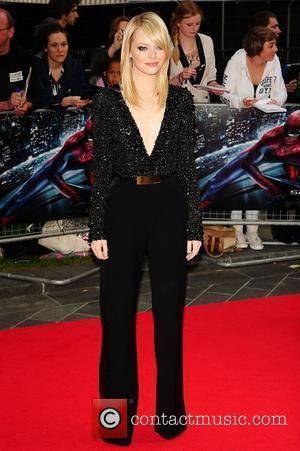 Perhaps motivated by the excellent 'Avengers' movie, cinemagoers are likely to flock to cinemas in their droves to catch 'Spider-Man', which opens on July 3, 2012. Potential ticket buyers are already far more interested in the superhero story than they are in Pixar's latest offering 'Brave' - which should open this weekend to a healthy $65 million. One marketing executive estimated that 'The Amazing Spider-Man' could sell more than $150 million in its first six days of release - a time period that includes the lucrative Fourth of July holiday. Data from one polling company showed that Sony's film is sparking "definite interest" and is the "first choice" in just about every demographic except older women. It also has more support among men and younger women that both 'Brave' and 'Abraham Lincoln: Vampire Hunter', which also open this weekend.

Boosting the movie's chances are early reviews of the film - mostly from London - which have been generally positive. Kate Muir of the Times newspaper wrote, "Yet another generation will bear the Spiderman emblem on their lunchboxes and pencilcases, and there's no harm in that. With great power comes great responsibility - and an endless franchise".