Emma Stone is worried fans of the 'Spider-Man' movies will not be impressed with her performance in new prequel 'The Amazing Spider-Man' but believes you cannot satisfy everyone. 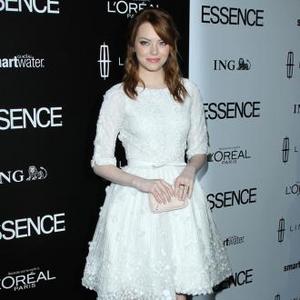 Emma Stone is concerned fans won't be satisfied with her performance in 'The Amazing Spider-Man'.

The 23-year-old actress portrays the role of Gwen Stacy in the movie - opposite Andrew Garfield as the titular character - and she admits not everyone is going to be pleased with how she has represented the character.

She said: ''This is 50 years worth of comic book material. There are different Incarnations of Gwen, and I realized that you can't please everybody.

''They're hoping that you can bring this character to life, in the best way that you know how.

Despite her worries, director Marc Webb admits it was an easy decision to cast Emma - who is best known for roles in 'Easy A' and 'The Help'.

He told Collider.com: ''When we did a screen test, what was great was that Emma brought a level of humour and levity that Andrew really responded to, and there was this immediate sense of lightness in the interaction.''