'The Amazing Spider-Man' star Emma Stone has revealed her love of acting cured her panic attacks as a child. 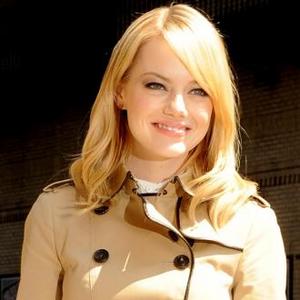 The 23-year-old actress - who is dating her 'The Amazing Spider-Man' co-star Andrew Garfield - needed therapy for her anxiety as a child but after she discovered her passion for acting helped her overcome her problem.

Emma told Vogue magazine: ''I had a panic attack when I was eight. My mum couldn't put notes in my lunch because I would be reminded that she existed and I would want to go home. And I was sick all the time.

''When I went through therapy, I tried improv for the first time, and I think there was some cathartic element to it.''

Emma went on to be cast in a school play and performing on stage helped her gain confidence.

She explained to Bliss magazine: ''It hit me really hard. It freaked me out and I couldn't leave my mum's side, but then I remembered how good it felt to be on stage.

''I met other people like me, who liked the same things I liked. It became this place where I could be myself and express myself.''

The blonde beauty convinced her parents to let her drop out of school aged 14 and begin auditioning for film roles so she could pursue her passion.

She added: ''It gave me a sense of purpose. I wanted to make people laugh. Comedy was my sport. It taught me how to roll with the punches.''