Emma Stone believes starring in 'The Amazing Spider-man' franchise has given her an introduction into the ''boys' club''. 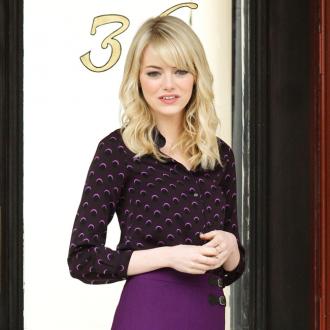 Emma Stone says starring in 'The Amazing Spider-Man' franchise has been an introduction to the ''boys' club''.

In an interview with Total Film magazine, she said: ''Everyone's like, 'Oh, Mary Jane! I know Mary Jane.' But Gwen's been a fun one to play because only really passionate comic book fans know the story. And that's been a really cool introduction to the comic book world and to being in the boys' club.''

However, the striking star insists she doesn't ever get approached by fans in the street and has yet to encounter a super-fan of her feisty alter-ego.

Stone said: ''Not many. Weirdly, I don't meet that many super fans in my day-to-day life. I thought more people would say something about Gwen.''

The actress famously fell for her co-star Andrew Garfield while shooting the first movie in 2011, and their relationship is still going strong, which made filming the sequel much easier.

'The Amazing Spider-Man 2' - which also stars Andrew Garfield as Peter Parker and his web-slinging alter-ego - is out on April 18, 2014.