Is Emma Stone Really Being Haunted By Her Ghostly Relatives?

It’s quite possible that Emma Stone has it all.She blooming gorgeous with an absolutely beautiful (and surely extremely well-spoken as he’s British) boyfriend. Not only that but she can act and has a very impressive movie catalogue to prove it which includes the hilarious Superbad, the zombie film with a funny twist, Zombieland and the action-packed Amazing Spider-Man series. 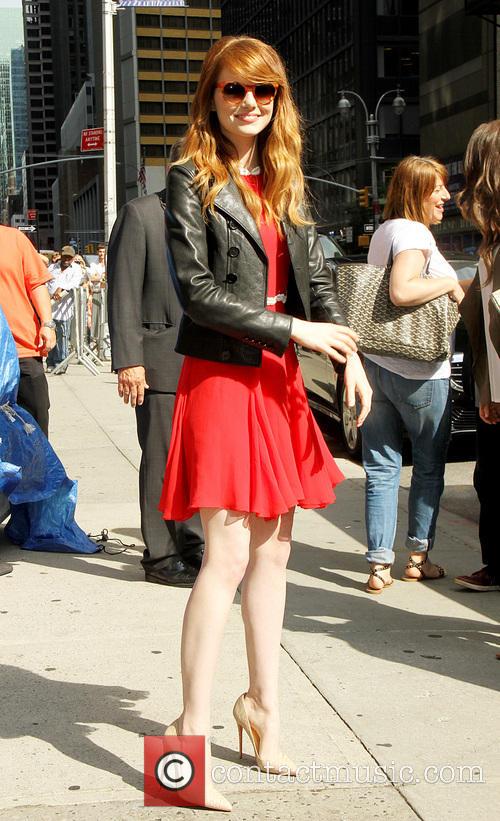 Emma Stone appeared on The Late Show With David Letterman

But even those that seem most perfect on the outside still have ‘skeletons’ in their cupboards.

In the case of Emma Stone, her skeleton is not so much of a bony problem but more of the white sheet type of issue when she revealed she is regularly visited by the ghost of her late grandfather.

The talented actress dropped in to the Late Show With David Letterman on July 16 and the pair started talking about psychic, metaphysical and paranormal experiences.

Stone admitted to a few such encounters and explained that a lot of them have involved her grandfather, whom she never met.

More: Is Emma Stone a good choice as the next 'female' Thor?

And, despite the fact she can’t be short of a coin or two, her grandfather clearly doesn’t want to leave his granddaughter without and always leaves quarters when he’s been for a visit.

"There’s a long family history with quarters," the 25-year-old told Letterman. "And it’s just amazing. It’s him! It’s absolutely him!"

"It's such a long story that you'd have to go to commercial five times and roll to a clip and then come back and I'd still be telling the story. But it's him, you guys, it's him!"

Stone is promoting her latest film, Magic In The Moonlight, in which she plays a fortune teller called Sophie Baker.

The romantic comedy, due for release on July 25, is directed by Woody Allen and set in the 1920s.

Based around the premise of an Englishman who has been brought in to help unmask a possible swindle, it also stars British favourite, Colin Firth.

Stone, it seems, is one of Woody Allen’s latest muses as she is currently filming the director’s latest motion picture in Rhode Island alongside Joaquin Phoenix.

Not content with all that, the Revlon spokesmodel is also heading up an all-star cast including Michael Keaton, Edward Norton and Naomi Watts in the Alejandro González Iñárritu comedy Birdman, due out on October 17.

Watch the 'Magic in the Moonlight' trailer: