Emma Stone claims she is inspired by the chemistry she has with her 'The Amazing Spider-Man 2' co-star and rumoured boyfriend Andrew Garfield. 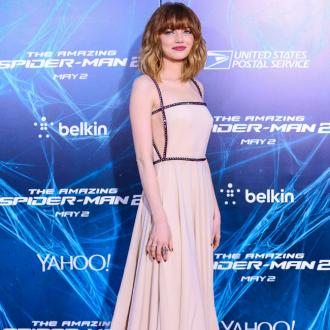 The 25-year-old actress, who has been dating her 'The Amazing Spider-Man 2' co-star since 2011, insists their chemistry on set has inspired her as an actress.

She told the New York Daily News newspaper: ''It's one of the things you kind of dream of as an actor. To find chemistry or a repartee with another actor like that. It makes it feel like you're always being challenged, and you're bobbing and weaving.

''Andrew without a doubt inspires that in me in the biggest way.''

Garfield - who plays Peter Parker (Spider-Man) in the Mark Webb-directed film franchise - agreed with Stone, who plays his love interest Gwen Stacy, and appeared to praise her as a ''great artist''.

He said: ''The greatest artists, you can't really quantify what they do.

''You just have to show up, pay attention to each other and see where the scene goes. That's incredibly exciting, because the scene can go anywhere.''

'The Amazing Spider-Man' co-producer Avi Arad claims they worked so well together that they often improvised.

He explained: ''There's a scene in the movie where he's in costume as Spider-Man and she calls him 'Peter,' and kind of puts her hand to her mouth to catch herself [for blurting out his secret identity]. It's not in the script, but it worked.''