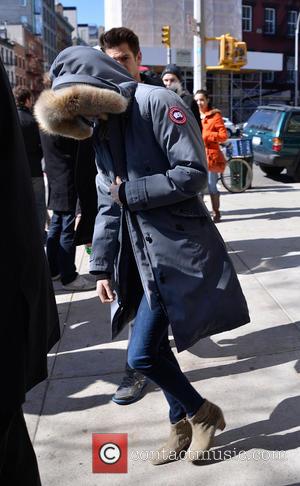 Picture: Emma Stone - Emma Stone hides her face from waiting photographers with the hood of her coat while out and about - New York City,...

It’s always reassuring to spot a celebrity couple going about their lives and doing normal couple things together. And so it is that we reserve a small applause of gratitude for Emma Stone and Andrew Garfield, for allowing themselves to be photographed (okay, admittedly they may not have known they were being photographed) out in New York City, doing normal people things, like carrying shopping bags and crossing the road and popping into a tattoo parlour together and even… oh yes… sharing a little kiss together, out there, in the public, in the real world, where the little people live.

New York Daily News were the eager recipients of the snaps of the 'Amazing Spiderman 2' stars, which show Emma and Andrew taking a walk around Tribeca in their sort-of-matching jackets carrying a Bubby’s restaurant carry-out bag and a J.Crew shopping bag. The happy couple paused to steal a kiss as they waited for the traffic to stop, to cross the street and were later spotted leaving New York’s Adorned tattoo parlour. No visible signs of tattoos on either of them, though only their faces and hands were showing and we don’t suppose they’d have ben likely to get tattooed on either of those areas. 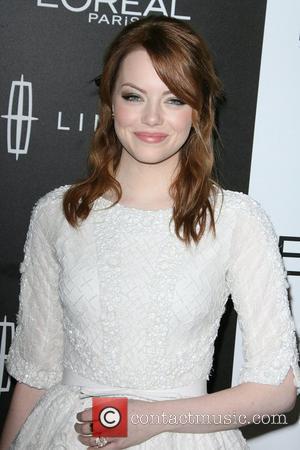 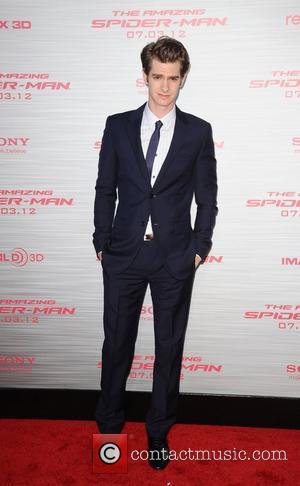 Emma Stone and Andrew Garfield were spotted out indulging in a little NYC PDA...

Emma and Andrew hooked up on the set of The Amazing Spider Man and are reprising their roles of Gwen Stacy and, of course, Spider-Man himself.