Emma Stone was snapped on the red carpet at the opening of the 71st Venice Film Festival on Wednesday 27th August. The 'Birdman' actress looked beautiful in a plunging dark green gown and was sporting a new shorter haircut. 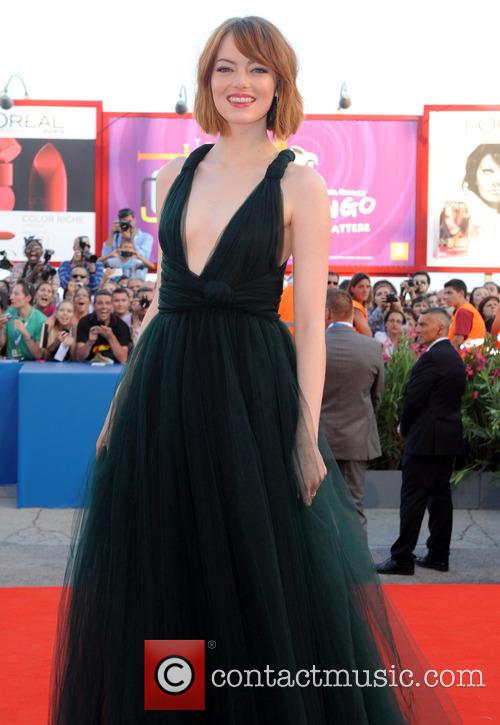 Emma Stone was sporting a new haircut at the 71st Venice Film Festival.

The 25-year-old actress was the talk of the Venetian red carpet as she stars in Birdman, the film selected to open the festival. Stone's distinctive red hair was cut into a short bob, a style which has been praised by beauty and fashion commentators worldwide. Whilst Stone did have a slightly longer bob last year, she has been sporting shoulder length hair recently. 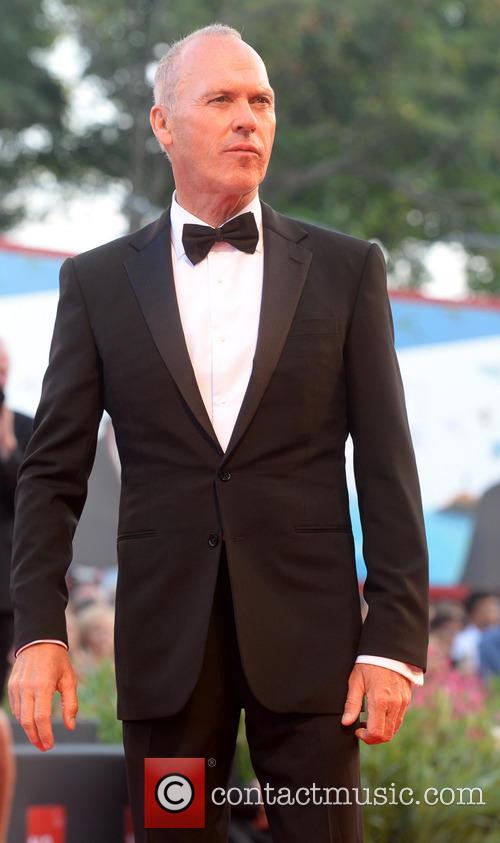 Stone was joined on the red carpet by her Birdman co-star Michael Keaton.

She looked stunning in a very dark green - verging on black - floor length gown with a plunging neckline. As E! reports the dress is Valentino and is in quite an unusual colour choice for Stone. The Amazing Spiderman actress' makeup also matched her dress perfectly and her makeup artist, Rachel Goodwin, explained how she used dark berry shades. Speaking to Us Weekly, Goodwin said "I played with all cool tones, using rich plums on her eyes, soft pink on her cheeks and a see through magenta stain on her lips."

Watch The Movie Trailer For Birdman On Contactmusic. 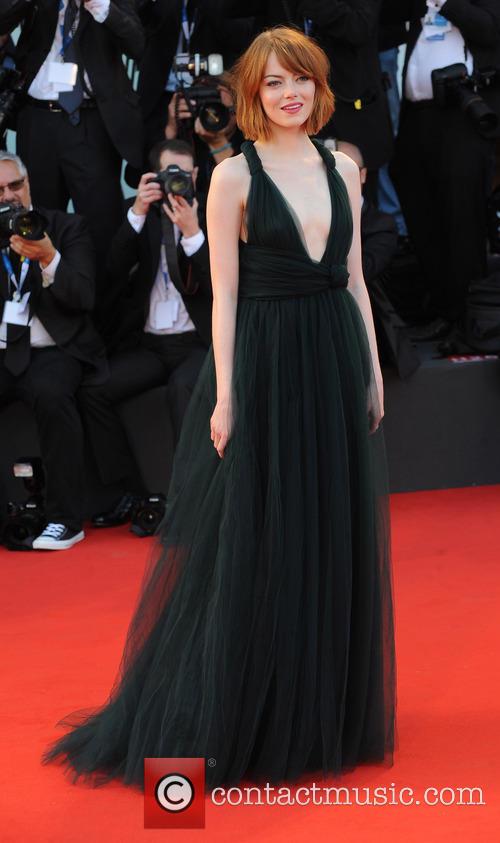 The dress is a different style to what Stone usually appears in.

Stone, who is currently dating her Amazing Spiderman co-star Andrew Garfield, stars in Birdman. The film, which also stars Michael Keaton, Edward Norton and Naomi Watts, is a dark comedy focussing on Riggan Thomson, an actor famous for playing a iconic superhero who attempts to launch a Broadway play. 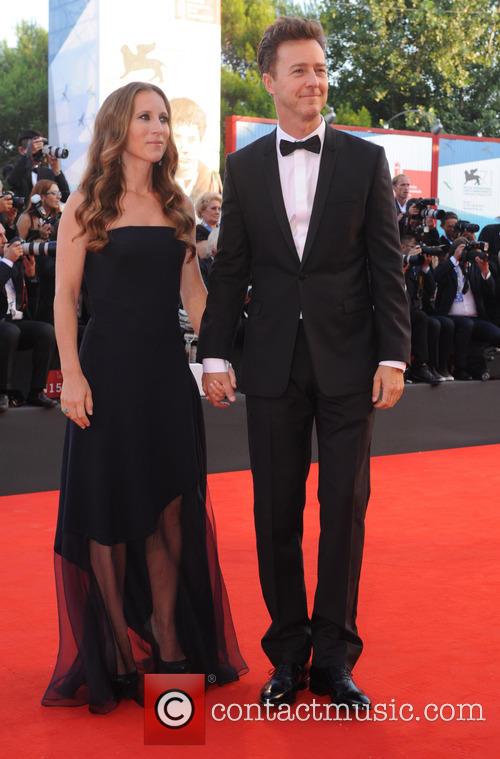 Birdman, in early reviews, has been highly praised ahead of its theatrical release. Peter Debruge (Variety) described the film as "A triumph on every creative level, from casting to execution," whilst Cath Clarke (Time Out) claimed Birdman is a "savagely funny, strangely sweet, sad and utterly brilliant New York-set comedy."

Read More: Is Emma Stone Really Being Haunted By Her Ghostly Relatives? 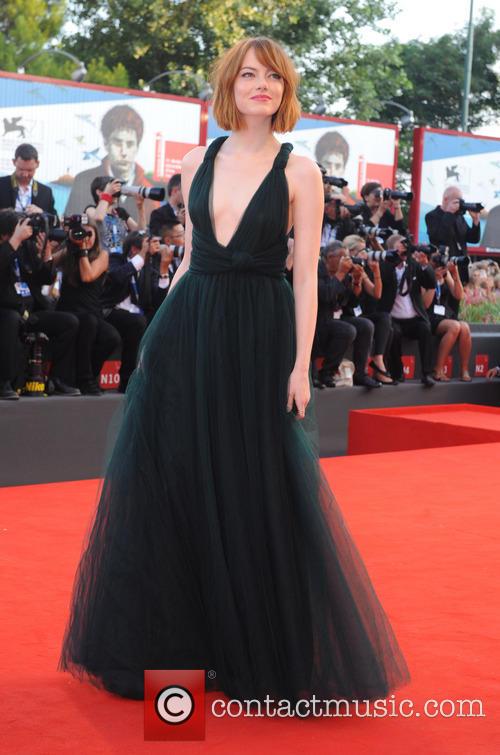