Emma Stone and Andrew Garfield 'want to spend their lives together' 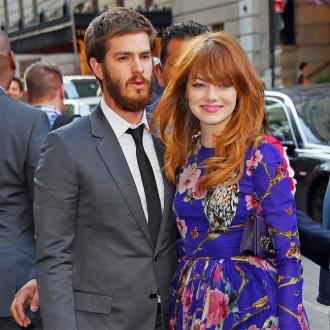 Emma Stone and Andrew Garfield ''plan on spending their lives together''.

The 26-year-old actress and the 31-year-old actor only recently reunited after a brief split but their romance is already very serious again.

A source said: ''They really do love each other and plan on spending their lives together.''

The British star begged the 'Aloha' beauty to give him another chance after he returned from shooting an upcoming movie 'Silence' in Taiwan.

The insider told OK! magazine: ''She agreed to spend some time with him, and once they were together again all the old feelings came rushing back.''

Andrew recently admitted he is eager to settle down and have children.

He said: ''I have a longing to be a father myself. Being a dad is something I'd to be at some point.''

Rumours first began swirling that they were giving their romance another chance after the Oscar-nominated actress was spotted greeting Andrew's parents at a special screening of her new film 'Aloha' in London last month.

Earlier this year, meanwhile, it was revealed that Andrew will not reprise the role of Peter Parker for the next film in the 'Spider-Man' franchise.