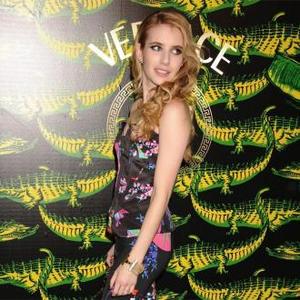 Emma Roberts has signed up for heist movie 'Empire State'.

The film tells the story of two childhood friends, to be played by 'The Hunger Games' star Liam Hemsworth and an as-yet-uncast actor, who plan to rob an armoured card depository, with Emma taking on the role of a waitress who falls for Liam's character.

'Fast Five' actor DWAYNE 'THE ROCK' JOHNSON will play a New York Police Department detective who attempts to stop the heist in the film, which is based on real life events that took part in 1982.

Randall Emmett and George Furla's Emmett/Furla Films will finance the film, which they will produce with David Hoberman and Todd Lieberman of Mandeville Films.

Production on 'Empire State' is scheduled to start this spring.

Emma and co-star Shannon play a pair of jaded roommates who Bond over their shared disgust of the world at large with Emma as an aspiring poet named Amy, who believes she is destined for greatness yet ends up getting a day job at an adult book store.