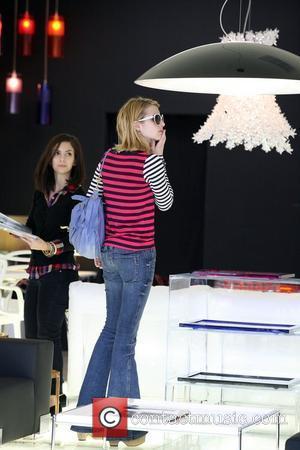 Actress Emma Roberts had reportedly called time on her relationship with Glee actor Chord Overstreet, saying she was never serious about the romance. The couple caused a stir after going public with their relationship shortly after meeting at the Coachella Music Festival in April 2011.
However, an insider says the recent break-up was largely down to Emma's reluctance to commit to a long-term relationship, telling US Weekly, "They're both young kids, they had crushes on each other but the relationship ran its course. She isn't and wasn't looking for a serious thing". Another source close to Roberts said the actress had become very distant with Overstreet, recalling one incident in which he failed to let her beau into a Golden Globes after-party, saying, "Chord was waiting outside the Caa party at Sunset Tower waiting for Emma to come get him at the door". Going back to the turn-of-the-year, the insider added, "Emma told Chord he didn't need to spend New Year's with her. It was just her and her girlfriends, a tradition she always does.Emma is pretty difficult to be in a relationship with". On the flip-side, a friend of Roberts insists that Chord was simply too "controlling", saying he "always wanted to know where she was at all times", adding, "She's too young to be able to give someone that kind of commitment".
The daughter of Oscar-winning actor Eric Roberts, Emma is perhaps best known for her role in the light-hearted comedy flick 'Wild Child'. She is about to begin work on the movie 'Adult World', about a recent college graduate who believes she's destined to be a great poet, but instead winds up working in an adult book store.