Emma Roberts says moving out of her parents' house when she was 18 was a real ''reality check''. 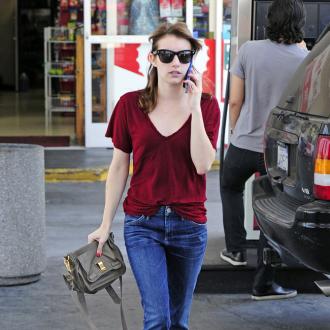 Emma Roberts was horrified she had to buy her own toilet paper when she moved in on her own.

The 'American Horror Story' actress moved out of her parents' house when she was 18 and quickly found out some harsh realities about fending for herself.

She said: ''My first reality check was when I moved into my own apartment when I was 18. I was like, 'Wait, I have to buy my own toilet paper? And I have to wash my own clothes? I miss my mom!' It's stuff like that you don't think about as a kid. Being an adult is not glamorous.''

Emma, 23, is engaged to her 'American Horror Story' co-star Evan Peters, who she first met on the set of the movie 'Adult World' and she says the loves co-starring with people she is close to.

She added in an interview with America's OK! magazine: ''I love jobs where you get to work with people you love and are friends with. It just makes the day go by faster.''