Willis has survived 'The Voice's move from BBC to ITV - but not her co-presenter Marvin Humes.

It might be all change for ‘The Voice UK’ when it completes its move to ITV for its next series, but one thing will remain the same when the talent show moves home – Emma Willis will continue presenting it!

‘The Voice UK’ was poached from the BBC’s stable in November 2015, making the recent fifth series the last at its old BBC One home. 40 year Willis co-presented it for two seasons alongside Marvin Humes, but ITV has confirmed that she’ll be making the move too. Willis said in a statement on Thursday (June 9th): “’The Voice UK’ is very close to my heart and I’m absolutely delighted to be back on the show. Roll on the blind auditions!”

Not such good news for 31 year old former JLS member Humes, however, as ITV released the following statement shortly afterwards. “Marvin won't be appearing on next year's series but remains very much a part of the ITV family, and we look forward to working with him on other projects in the near future.”

More: Emma and Matt Willis welcome their third child into the world

In an attempt to overhaul the show, which has always drawn criticism when compared to ‘The X Factor’ as it hasn’t really made any stars from any of its winners or contestants in five years, the winners of the first edition on ITV will win a record contract with Polydor. The huge major label is home to world-famous pop stars such as Ellie Goulding and Take That, as well as some recent breakthrough artists like James Blake, Years & Years and The 1975.

Further changes to the show will be seen in the make-up of the judging panel, with ITV promising a star-studded line-up with, if all goes according to plan, will.i.am the only judge remaining, meaning Boy George, Ricky Wilson and Paloma Faith are all under threat of the axe.

The nationwide search to find new talent for the next series is already underway, with producers' auditions taking place in six British cities this summer.

More: Rylan Clark dismisses claims that he and Emma Willis could be the new ‘X Factor’ presenters 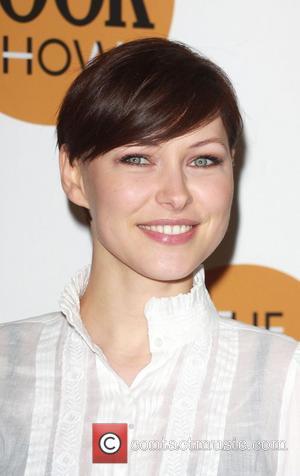