Emma Bunton claims the Spice Girls were ''sexy'' but not ''sexual'' like today's pop stars. 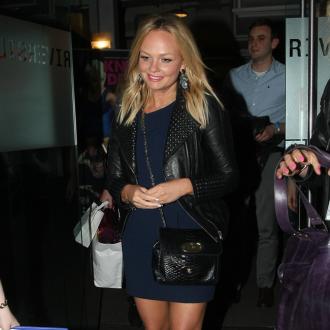 Emma Bunton claims the Spice Girls were ''sexy'' but not ''sexual''.

The 'Say You'll Be There' singer claims there is a huge difference between how the pop singers of today present themselves and how she and her bandmates - Geri Halliwell, Mel B, Mel C and Victoria Beckham - looked in their 90s heyday.

She told the Daily Mirror newspaper: ''Back in the day the Spice Girls were fun and sexy. But we weren't sexual. Now people do take that next step and put it out there a bit more with their videos and stuff.

''If that's how someone wants to be and they're confident enough to bare themselves then that's completely down to them. But it's something that I personally wouldn't do.

''But I'm sure all this sexuality will be complained about and then it will be dropped again.''

Emma, 37, says the member of the band she is closest to is Mel C - full name Melanie Chisholm - who has been a great support to her and her boys, Beau, six, and Tate, two, with fiancé Jade Jones.

She added: ''Mel C is a particularly great friend. She lives not far from me and we chat a lot. It's not necessarily what you say or do - it's just having someone there if you need support.

''She was there for me from the start, even coming to the hospital when the boys were born.

''But I've been lucky because I have two boys who are warm and sensitive. Perhaps that means you get the older naughtiness. They are adorable at the moment, but we'll see.''