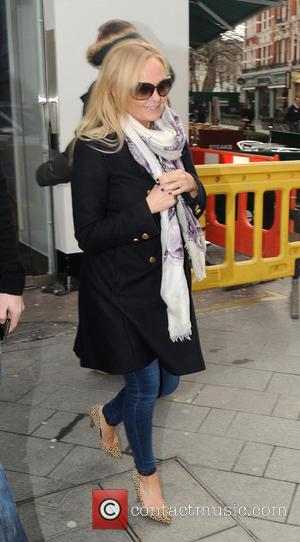 Emma Bunton followed in the footsteps of her former Spice Girls bandmate Geri Halliwell on Thursday (14Mar13) by taking a trip on the London Underground for the first time in 15 years.

Ginger Spice stunned onlookers earlier this week (beg11Mar13), when she hopped onto the public transport network to avoid the U.K. capital's congested roads.

Halliwell posted several photos on her Twitter.com page to document her trip and admitted, "I'm liberated!!... Forgive me for being a brat after 17 years & yesterday's 2 hrs of traffic - lets save time & money - the tube!"

Bunton's Heart Radio co-host Jamie Theakston challenged her to follow in her pal's footsteps on Thursday after learning she had not been on a tube train for 15 years, and the singer accepted her mission.

Detailing her trip, Bunton says, "I know everyone has to do it in the mornings and the rush hour in the afternoons and it's a toughie, but I enjoyed my moment. I'll do it again.

"I really enjoyed it and I said 'Good morning' to everyone. But can I just tell you one other thing? Wow, there are some hotties down on the tube! I'm not joking, really handsome men! I was like, 'Hello, good morning to you!' There were some nice men down there."