Emma Bunton And Stephen Fry Will Appear In A Charity Performance Of Hit Musical The Rocky Horror Show In London In September (15). 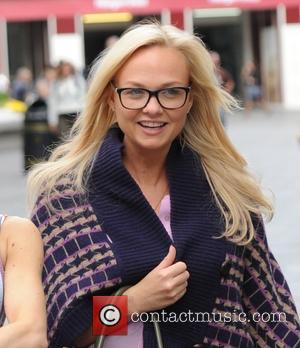 The former Spice Girls star and the British funnyman will share the role of The Narrator with U.K. presenter Mel Giedroyc and the musical's creator Richard O'Brien in a gala charity performance on 17 September (15) to raise funds for Amnesty International.

Bunton says, "I am so excited about being involved in the legendary Rocky Horror Show. Richard O'Brien has written something that is a huge part of British culture. I'm looking forward to shaking my tush (bottom) to the (song) Time Warp!"

Fry adds, "I've been a devoted fan of The Rocky Horror Show for most of my life and I have been proud to support the incredible work of Amnesty International for just as long, so to be joining Richard and the cast on stage for this special evening is a dream come true."

The one-off performance will be broadcast in cinemas around the U.K. and Europe.

The revival of the musical will run at London's Playhouse Theatre between 11-19 September (15) before embarking on a U.K. tour. O'Brien will play The Narrator in the other shows.