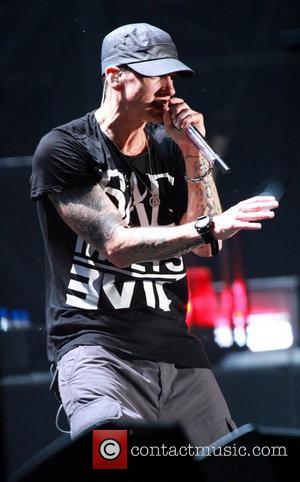 Rap star NAS has been talking about the imminent return of Eminem and how much it means to the hip hop genre.

The New York rapper said he is anticipating new the re-emergence of the Slim Shady star  who is reportedly about to reappear on the music scene after a lengthy hiatus.

"I think that's one of the most exciting things hip hop can look forward to. He contributes so much lyrically and musically, he's amazing," said Nas.

He made the comments at an event in New York to celebrate the origins of hip hop, where he was joined by artists such as Grandmaster Flash, N*E*R*D and Dizzee Rascal.

Speaking to BBC 6 Music, the rap star  who has never voted  said he would be supporting a certain presidential candidate this year.

"Today's thing is different, I'd like Barack Obama to win just so the racists of the world could have heart attacks," he remarked.