Eminem is in negotiations to star in Fernando Meirelles' psycho-sexual drama '360'. 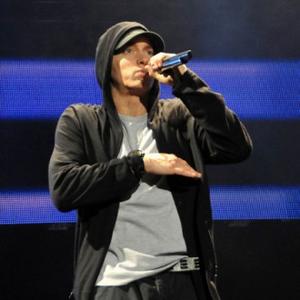 The '8 Mile' actor is in discussions alongside Frances McDormand for a role in the psycho-sexual drama, directed by Fernando Meirelles, Production Weekly reports

British beauty Rachel Weisz has already signed up for a leading role, putting her with Meirelles for the second time since her Oscar-winning role in 'The Constant Gardener'.

Sir Anthony Hopkins is also rumoured to be taking part.

'360' is based on the play 'Reigen' by Arthur Schnitzler, and tells the tale of a multitude of couples before or after a sexual encounter.

The end of each scene sees one half of the couple in bed with another character, until their combined promiscuity comes "full circle".

Peter Morgan has written The Script for the project, which has already been made into a film before - a French piece entitled 'La Ronde'.

Eminem - real name Marshall Bruce Mathers III - is best known for his character Jimmy 'B-Rabbit' Smith in '8 Mile', but has also made an appearance in TV series 'Entourage' and recently in Judd Apatow's 'Funny People'.