In the new video, Eminem - dressed all in black - spray paints his hometown of Detroit with phrases like "This is survival." He also raps in a dodgy looking warehouse as footage from Activision's new game plays in the background.

The track, produced by DJ Khalil and featuring singer Liz Rodrigues of The New Royales, has already made it to No.3 on the US Billboard Hot 100.

Eminem's latest album, MMLP2, a sequel of sorts to his 2000 classic The Marshall Mathers LP, hits stores on November 5, 2013. The record will feature a string of tracks produced by Def Jam co-founder Rick Rubin and Dr Dre.

The multiplayer gameplay in Call of Duty: Ghosts will be vastly different from the previous games in the series. New mechanics have been added and maps now have areas that can be altered considerably, or even destroyed.

The game is set in a near future following an attack from space via kinetic bombardment that changes the global balance of powers in the world. 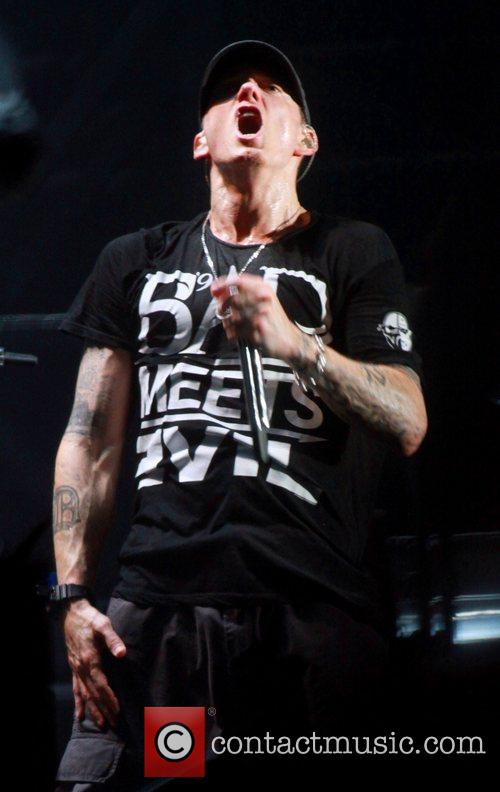 Eminem Performing At Lollapalooza In Chicago