With no fanfare or promotion, Em dropped his 10th studio album at midnight Thursday.

The rap legend’s tenth album was dropped without any fanfare at midnight on Thursday (August 30th) at East Coast time, and serves as a snap follow-up to his 2017 album Revival, which was released just nine months previously.

In comparison to many of his albums, Kamikaze is made up of just 13 songs and lasts a comparatively slender 46 minutes, and is executive-produced by Dr. Dre and Eminem himself. It also features artwork depicting the tail-fin of a crashed airplane, and looks uncannily like the front cover of Beastie Boys’ 1986 debut album Licensed To Ill.

Tried not 2 overthink this 1... enjoy. ??#KAMIKAZE Out Now - https://t.co/ANw73KbwMt pic.twitter.com/qfQoTYBTUy

Other topics and personalities addressed on the record include President Donald Trump and Vice President Mike Pence, the Grammy Awards and the media, which Em calls out for panning his previous album Revival, which received a lukewarm popular response.

As ever, there’s a clutch of guest features from other artists, including Royce Da 5’9’, Jessie Reyez and Joyner Lucas. Kamikaze also includes the track ‘Venom’ as its closer, a piece of music from the soundtrack to the forthcoming superhero movie of the same name that stars Tom Hardy. 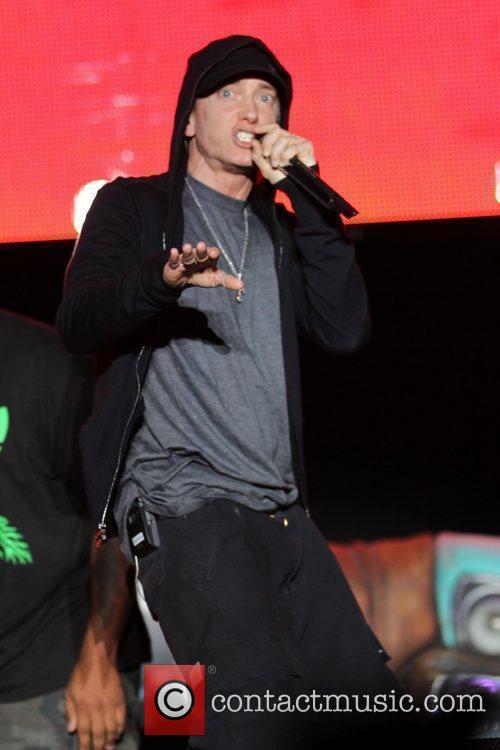 One person that doesn’t feature on the record is Eminem’s labelmate 50 Cent, who recently suggested in an interview that he was working on new music with Em.

“There’s a few ideas I’ve been working on,” 50 Cent told Larry King. “When I was working with Em recently in London, he said he had a few ideas that maybe we could work together on.”