Eminem is being sued for $8 million for allegedly sampling a song without permission. 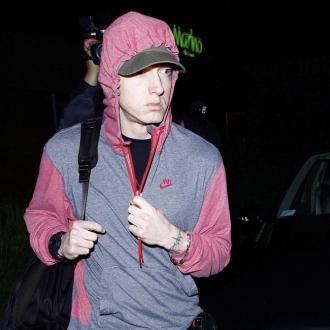 Eminem is being sued for $8 million.

The 42-year-old rapper and his record label are the subject of legal action from Raymond Jones, an MC from the group Hotstylz, who has alleged the star has sampled one of his songs without permission.

According to TMZ, the case claims Eminem's song 'Rap God', from his 'Marshall Mathers LP 2', features a 25-second clip from Raymond's track 'Lookin Boy' and he wants to be compensated financially for the unauthorised use.

A spokesperson for Eminem has not yet commented on the allegations.

In September, 'Rap God' made it into the Guinness Book of World Records for the most words in a hit single, with the six minute, four seconds-long track totting up 1,560 words.

Eminem recently admitted he loves performing live with musicians because he thinks they add a new element to his sound.

He said: ''It's definitely better, it definitely brings a whole new element to it. There are more things to do with your hands. It's a whole different energy, it's louder, it's more in your face, it's more explosive. For me, music is about feeling and energy and all that.

''We always try to mess around with the order of things. There are certain songs that just, for some reason or another, they don't work as good live. You have to go with the ones that work best to perform live. Sometimes we'll [also] add ones in we haven't done in a while.''