Eminem Drops The Ferocious 'Rap God' Showing Why He Is The Best!

Eminem explains why he is one of the best ever in his the newly released track 'Rap God'.

Eminem delivers his new track 'Rap God' (Oct 15th) at rapid speed and explains why he is the best rapper of all time.The new single is off his upcoming album 'The Marshall Mathers LP 2' and follows the earlier releases of 'Burzerk' and 'Survival'. 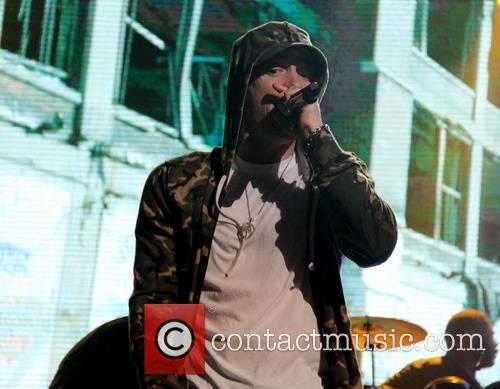 Slim Shady claim to be a 'Rap God' in new track

Modesty tends to allude recording artists lately as Kanye West claimed to be the "No.1 rock star in the world" but Eminem goes a step further, calling himself a God.

In the new six-minute long track Eminem evaluates his fellow performers in the hip-hop/rap industry and comes to the conclusion, "I am starting to feel like a rap God", when comparing himself to them.

The 40 year-old shows everyone why he is correct in the newly released track. Mathers demonstrates that after all these years of fame and hit records, the man hasn't forgotten his days of rap battling in the late 90s as his rhymes are delivered at a ferocious pace and ruthlessly strikes on anyone he pleases.

Listen to 'Rap God' below

'The Way I am' rapper uses Bill Clinton and Monica Lewinsky in an ingenious way of establishing how long he has been dominating the rap industry, the lyrics refer to the 1998 Lewinsky scandal, "Gotta fat knot from that rap profit/ Made a living and a killing off it/Ever since Bill Clinton was still in office/ With Monica Lewinsky feeling on his nutsack."

However, what sets this song apart and proves he is the No.1 rapper in the world is a verse that comes in around the 4:20 mark. Em delivers the verse at, what he calls, "supersonic speed", leaving listeners confused to what the lyrics actually say, but Rap Genius claims to have decoded it.

"Uh, sama lamaa duma lamaa you assuming I'm a human
What I gotta do to get it through to you I'm superhuman
Innovative and I'm made of rubber
So that anything you say is ricocheting off of me and it'll glue to you
I'm never stating, more than ever demonstrating
How to give a motherf---in' audience a feeling like it's levitating
Never fading, and I know the haters are forever waiting
For the day that they can say I fell off, they'd be celebrating
Cause I know the way to get 'em motivated
I make elevating music."

The verse was spit in an astonishing 15 seconds, and with it been 97 words long, Slim Shady averages six and a half words per second.

'Rap God' is his third single off 'The Marshall Mathers LP 2' which is Eminem's 8th studio album and his first solo work released in three years. The Album's title refers back to the thirteen year-old 'Marshal Mathers LP' which is the rappers most acclaimed studio set. It is set for release November 5th 2013. 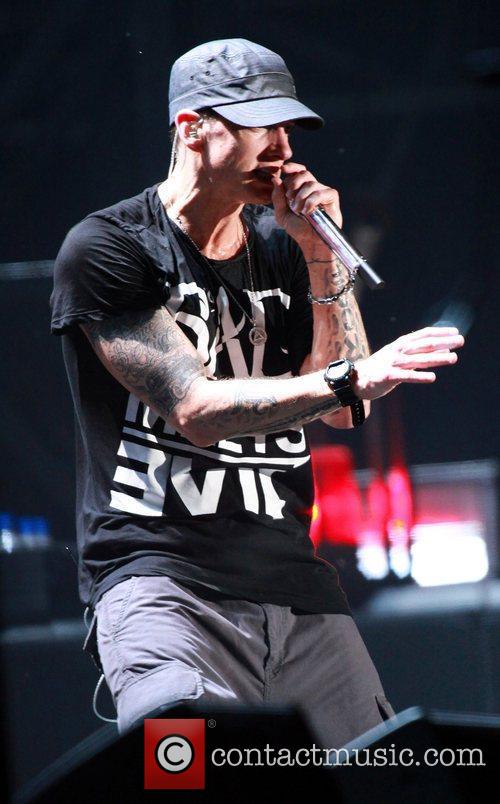