Yes, Eminem says we better “lose” ourselves “in the music, the moment.” He also says we “own it,” we “better never let it go,” But when he said “You only get one shot, do not miss your chance to blow,” fans at his Slade Castle gig in Ireland may have taken him a little too seriously. 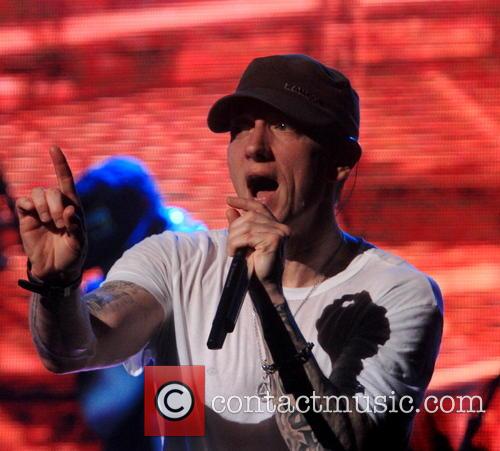 Of the staggering 63 arrests made at this raucous gig, over half were for drugs – 35 to be exact. Elsewhere: five were for assault and 22 were for public order offences while one was made for drink driving. Irish newspaper The Journal, though, claim that 63 arrests from an 80,000-strong gig is actually quite normal, and we’d be inclined to agree.

"The vast majority of fans heeded the advice given in advance of the event which ensured everyone had a safe and enjoyable experience," said Superintendent Michael Devine. One of the fans not picked up for any of the aforementioned crimes was Hung Games star Alexander Ludwig, who attended the gig with his model girlfriend Nicole Pedra. Earlier in the night, he tweeted to his 330,000 followers: "Any of my amazing fans at the #eminemconcert tonight in #dublin save me a shot...#partytime #muchlove." 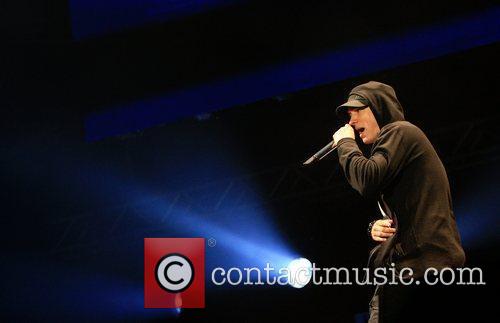 Eminem will hit Reading and Leeds this weekend

Sticking around in the U.K, and leading up to his Reading Festival performance, Eminem hits Glasgow tomorrow night (Aug, 20) before heading to the famous south-east festival on the 24th. He’ll then head to the northern equivalent – Leeds Festival – on the 25th to play to what is sure to be another enthusiastic crowd.