He'll be releasing a new album in due course.

Eminem has returned with a brand new single entitled 'Campaign Speech', in which he disses 2016 Republican presidential candidate Donald Trump mercilessly. Released yesterday (October 19th 2016), it's part of his forthcoming album release, details of which are yet to be announced. 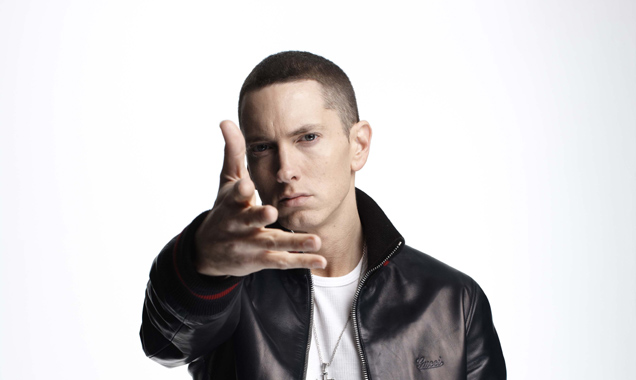 Eminem is coming back with a new album

Slim Shady's new track has a freestyle quality to it, and almost feels like a stream of consciousness, never focusing on one subject at a time. What he does talk a lot about though, through all the satisfying puns and creative metaphors, is Donald Trump.

'Run the faucet, I'ma dunk a bunch of Trump supporters underwater, snuck up on 'em in Ray Bans in a gray van with a spray tan', he raps, before elaborating a little later on in the track.

'Consider me a dangerous man, but you should be afraid of this dang candidate', he continues. 'You say Trump don't kiss a** like a puppet, 'cause he runs his campaign with his own cash for the fundin', and that's what you wanted, a f**kin' loose cannon who's blunt with his hand on the button, who doesn't have to answer to no one - great idea!'

He's essentially stating that the fact that Trump and his supporters believe he is 'untouchable' because he funds his own campaign is a disturbing proposition when you consider that he'll be the one in charge of America's nuclear weapons if he is elected into office.

More: Drake and Eminem are not feuding

Eminem has been pretty quiet since he released his last album 'The Marshall Mathers LP 2' in 2013. Since then, he's only released a handful of new songs - both for the 2014 Shady Records compilation 'Shady XV' and for the soundtrack of 2015 boxing film 'Southpaw'; 'Phenomenal' and 'Kings Never Die' featuring Gwen Stefani. But now he's back and ready to launch his next big project. The rapper launched the track with a message on Twitter to his followers. 'Don't worry I'm working on an album!' He said. 'Here's something meanwhile.'