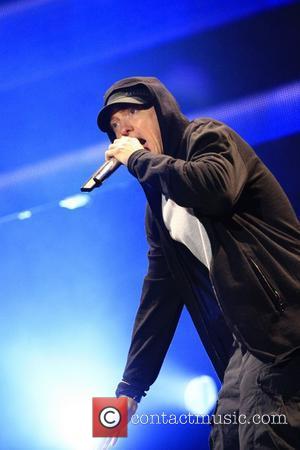 Recovering drug addict Eminem has blasted celebrity doctors, accusing them of supplying their high-profile patients with prescription medication just to keep in contact with the stars.
The Not Afraid hitmaker is sober after a four-year hell of painkiller abuse, which resulted in the rapper suffering a near-fatal overdose in 2005.
He was left stunned when the toxicology reports from the December (09) death of his 8 Mile co-star Brittany Murphy stated "multiple drug intoxication" had contributed to her passing, and Eminem admits medics make it all too easy for celebrities to get their hands on drug prescriptions.
He tells Vibe magazine, "Famous people are overdosing at alarming rates and... that almost sounded like a commercial."
And Eminem reveals he experienced first-hand the lengths some doctors will go to to stay on the radar of their star patients.
He says, "It’s one of those things man where you’re famous, doctors will kiss your a** because they love the celebrity. 'Oh, I can call up Eminem and get him on the phone right now. Oh, hi Marshall, how are you doing? Do you need that (prescription)?' There are doctors that will give you certain things just because of who you are."
Murphy's primary cause of death was listed as pneumonia.