Eminem has revealed his eighth studio album - which will be released on November 5 - will be called 'The Marshall Mathers LP 2', a sequel to his third record from 2000. 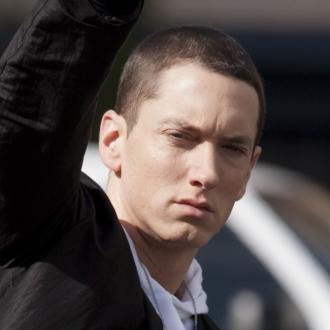 Eminem has announced his next album will be 'The Marshall Mathers LP 2'.

The 'Not Afraid' hitmaker revealed the title of his next record - a sequel to his third full-length from 2000 - in a promotional teaser during the MTV Video Music Awards last night (25.08.13) which confirmed it will be released on November 5.

The clip - which revealed the album will be produced by the rapper's long-term collaborator Dr. Dre and Rick Rubin - hinted at a return to his more aggressive earlier style on the record, also referred to as 'MMLP2'.

In a snippet of the unnamed track, Eminem - whose real name is Marshall Mathers III - raps: ''Let's take it back to straight hip-hop and start it from scratch. I'm about to bloody this track up, everybody get back.''

While the teaser prominently featured Beats By Dre headphones - created by the producer - a Beats Studio advert also premiered at the event to announce Eminem's new single 'Berserk' will be released tomorrow (27.08.13).

The rapper had kept quiet about his upcoming eighth album, and Slaughterhouse member Royce Da 5' 9'' recently suggested it was to retain ''the element of surprise.

He previously said: ''Em's whole thing is the element of surprise. That's how it's always been with him.''