Review of Relapse Album by Eminem 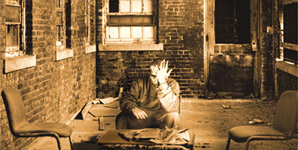 When you have been through what Marshall Mathers has over the last five years, it is only right you head for familiar territory when picking up the mic. The familiarity in this instance is of course the production mastermind Dr. Dre who capably mans the boards throughout the majority of Em's return to studio work.

However like anything Em puts his pen to, Relapse follows in the footsteps of his earlier endeavours. It is as shocking as it is heartfelt; it is as degrading as it is entertaining. Famed for shock tactics, Relapse still falls in synch with projects past. What would an Eminem album be without the bashing of other entertainers?

The infectious We Made It, which has become an MTV staple, is the braggadocios, satirical and comical product Eminem has become famed for. Firing unsolicited shots at all those who keep the gossip blogs a blaze, only an artist as brazen as Eminem can succumb to such art without really hindering his album sales.

Always one to say what many of us are thinking, Eminem does really give the impression that he is well and truly back with this album. He acknowledges the turbulence he has encountered in his personal life over the last half decade in tracks such as Beautiful. As an audience fans like nothing more than to feel their choice of entertainer letting them into their inner most thoughts and that is what he does.

Consisting of twenty tracks where at times a listener might find it hard to keep up with the lyrical tenacity the Eight Mile native has become famed for, Relapse depicts a now older man coming to terms with what he sees looking in the mirror. But for every introspective track there is one, if not two, that will upset someone. That's what we have come to expect and that is what he will strive to give us until the curtain comes down.

Outspoken and shocking for the most part, Eminem may have been out in the wilderness for the last five years dealing with his addiction to prescribed drugs, mourning the loss of his closest comrade and confidante while figuring out just if the rap game still needs him, but there is no denying his presence and just the dexterity he continues to procure and display.