Review of ShadyXV Album by Eminem

Eminem released a project as recently as last year, and 'The Marshall Mathers LP 2' seemed to win back some of the critics of his recent, more aggressive and emotional style. 'ShadyXV' is a 2 disc release, consisting of tracks from Shady Records' talented roster, as well as some of the label's greatest hits, and we even get the demo version of 'Lose Yourself'; a real treat for Em fans and makes for a very interesting listen when comparing it to one of the most successful and important rap songs of the past decade or so. We get new tracks from Slaughterhouse, Yelawolf, D12, Bad Meets Evil and Slim Shady himself; it really does seem that Em has a new found motivation to take Shady Records back to the very top of the rap scene, and 'ShadyXV' serves as evidence that the diverse and talented roster definitely have the potential to do so. 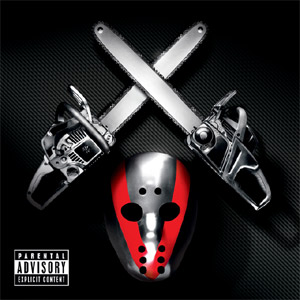 The Shady Records head honcho kicks the album off himself, with the unashamedly rock-infused, self-produced title track. Eminem's frantic and aggressive delivery has divided opinions, but he is undeniably tight on this cut, demonstrating complex rhyme schemes, resulting in a hard-hitting and impressive opener. Em seems to have a reignited enthusiasm for complexity, and we're getting many examples of just how well he can construct lyrics in his newer work. Eminem is also behind the board for the Bad Meets Evil addition to 'ShadyXV', 'Vegas'. Mathers and Royce Da 5'9" both deliver forceful verses, demonstrating their ferocious flows and delivery. The stuttering flow in Em's verse matches the overdriven instrumental, and the consistency of both lengthy verses is impressive. DJ Premier contributes a signature instrumental, with his instantly recognizable timeless boom bap production backing Slaughterhouse on 'Y'all Ready Know'. Joell Ortiz and Joe Budden stand out, but each of the four lyricists definitely step up to the plate. 'Fine Line' is a highlight of the album, with Eminem delivering a passionate and intricate performance, and it's a great touch to shout out The Outsidaz, name checking Young Zee and Pace Won on the third verse. 'Detroit Vs Everybody' has been doing the rounds online for a while now, with an incredible 16 minute long remix featuring some of Detroit's finest spitters also surfacing in the past few days, and the Statik Selektah produced cut closes the album in fantastic fashion.

It's not all good though. Eminem's appearances vary from the aggressive and technical cuts, such as 'Right For Me' and the compilations intro, to the more commercial and inspirational songs he's found huge chart success with recently. 'Guts Over Fear' finds its home here, and 'Die Alone' feels like a re-hash of the same subject matter Em is constantly tackling nowadays. You can't really blame him too much though; he's never going to sound the same as his wild and crazy early releases, and if anything he's showing tremendous growth as an artist, and the confusion evident is not a new concept in the Detroit MC's discography. D12 mark their return with 'Bane', going down the electronic route, and it's not as successful as I hoped when I saw their name on the track-list. It's an unashamedly aggressive track, but ends up being a little forgettable when compared to their older material; '40 Oz', 'Fight Music' and '6 In The Morning' are absolute classics. Hopefully the dark, trap infused sound of 'Bane' isn't the new direction they're going down.

'ShadyXV' serves as a reminder that Eminem has never really gone anywhere, and remains one of the most talented rappers the genre has ever seen. Sure, this is a little patchy, but there's enough here to satisfy both fans of Eminem's more aggressive, celebrity bashing persona as well as his more mainstream audience. Shady's roster of new talent is on display for all to see, and only time will tell if the label can return to its previous powerhouse standing.