Emily Vancamp Is Set To Reprise Her Role As Agent 13 In The Upcoming Installment Of Captain America. 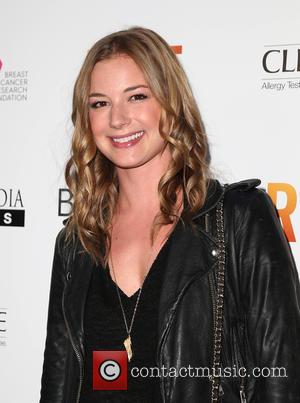 Picture: Emily VanCamp - A host of stars were photographed as they attended the Los Angeles premiere of 'Ride' which was held at the ArcLight cinema...

The actress played the superhero's next door neighbour in the original 2011 film, and she briefly appeared in last year's (14) follow-up, The Winter Soldier.

Now she is heading back to the blockbuster franchise in Captain America: Civil War, according to Deadline.com.

News of VanCamp's return comes days after her hit U.S. TV drama Revenge was cancelled, and her four-season run comes to an end on Sunday (10May15).

Emily VanCamp 'excited' to have children