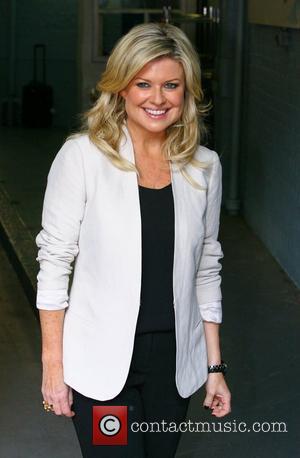 The Home And Away star is due to give birth around the time of her 46th birthday in August (15), and Symons admits she previously gave up hope of ever becoming a mother after several failed rounds of Ivf.

She tells the Sydney Daily Telegraph newspaper, "I very much thought it couldn't happen and I was too old... I'd given up really, I thought I had tried every avenue that was available to us... Obviously at my age, you have to wait a long time ­before you can tell anyone, so I've known for a while, but I haven't been able to share... I spent a lot of my 30s being so anguished about not having a baby... There's a longing and a biological need to have a baby that I don't think men have."

The baby will be her first with partner Paul Jackson, who has three children from a previous relationship.