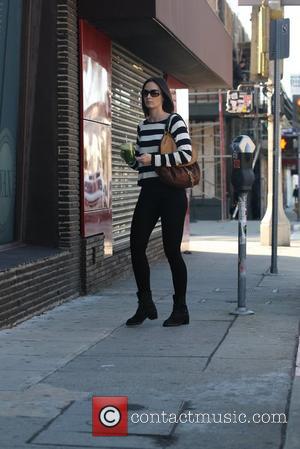 The 23rd annual Palm Springs International Film Festival is due to open tonight (Thursday) with a screening of the British romcom Salmon Fishing in the Yemen , starring Emily Blunt and Ewan McGregor. Although the festival boasts that it presents "the largest selection of foreign language Oscar submissions of any film festival in the world," it does not include Asghar Farhadi's recently released The Separation from Iran, which many industry pundits claim has the inside track on winning the best foreign language award. It does, however, include the controversial Hossein Keshavarz's Dog Sweat , filmed in Iran without official permits or approval by the country's censors. Keshavarz, who holds both Iranian and U.S. passports and attended Film School at Columbia, has not attempted to return to Iran since the film was released. Other films from The Middle East also focus on political and cultural obstacles facing ordinary people. A Saturday awards gala is expected to attract numerous Hollywood celebrities, including Brad Pitt, George Clooney, Michelle Williams, and Glenn Close. It will not be televised. "The honorees and presenters seem to feel more comfortable to say off-the-cuff things they wouldn't say at any other major awards show," festival chairman Harold Matzner told Daily Variety . "That's why we don't televise it. We really prize the natural state of the show, the fact that it is so relaxed."